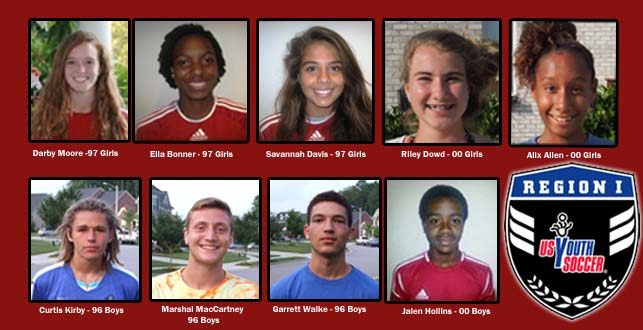 The ODP program in Virginia experienced another successful year. A record numbers of players from around the state were successfully identified and trained in the district as well as the state programs. Also, the highest number of Virginia ODP players in history have just been recently named to the Region I Player Pool.

Nine Beach FC players were among the 114 Virginians who had the distinction of playing well enough in the Region 1 Tournament and Region 1 Camp to be recognized as regional selections which places the players one program closer to the national teams in the respective age groups.

Please join Beach FC in congratulating the following players on their selection to the Region I ODP Player Pool: